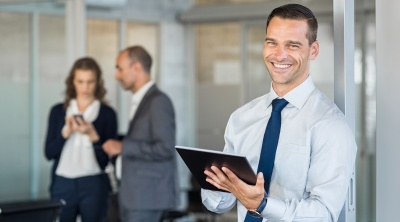 I was once talking with a friend about the "imposter syndrome." She suggested that men and women tend to take a different approach. For example, in considering a new job opportunity, a man might go for the role, even if he only has 5 of the 10 criteria, whereas a woman may not go for it even if she has 9 of the 10 criteria!

There may be some truth in this broad generalisation.

Whether it's nurture, nature, or a bit of both, men typically seek to appear strong, confident and in control. It is considered more acceptable for a woman to question herself, whether it is around professional competency or physical attractiveness.

However, despite what might be projected externally, I don't believe that men are really more confident. From my own journey and also my privileged position as confidante to both male and female executives, I have seen many hidden fears and insecurities. So while a man might push himself to take on the big challenge, he will often feel some trepidation.

Stereotypically, women are more attuned to emotions and taught that it is acceptable to express and discuss them. Men are more likely to try and keep them a secret, sometimes even from themselves!

Male or female, we need to recognise the advantages and disadvantages of these two extremes.

When self-doubt is more visible in certain situations, we can undermine ourselves, give others cause for concern, and then miss out on great opportunities.

On the other hand, ignoring our potential weaknesses and shortcomings shows a lack of self-awareness and this puts us in danger of not learning and growing.

Like all things in life, it is about getting the balance right!

Career success comes to those who have the courage to go for something bigger AND the self-awareness and sensitivity to see and quickly fix problems as they emerge.