Tell the Truth with Compassion 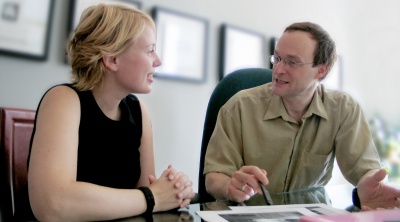 Several years ago I attended a conference and was impressed by a talk given by one of the speakers (who I will refer to as John) on the first night. The next morning, I found myself sitting at the breakfast table with John and another person I already knew.

Normally at these events I find people quite engaging and friendly but John seemed to simply ignore me all through the breakfast, and as he talked to the other person whom he knew, the main topic of conversation was about himself. I never forgot the feeling I had at that breakfast and my respect and admiration for the speaker disappeared.

There is no doubt that my feelings influenced my perception of this individual.

Of course, my studies in psychology and personal growth over the last three decades have reminded me that it is my choice how I respond. In fact the word responsibility can be thought of as "response-ability". In other words, the ability choose our response to whatever happens. It is always ultimately our choice as to how we perceive something and what meaning we give it.

Last year I was at a different conference with a friend and John was on the stage. I kept my views to myself until my friend reported that she didn't have a lot of respect for John who she saw as inauthentic and obsessed with himself. I took comfort in that and then joined in with my own criticisms.

Recently I attended yet another event where John was speaking. After the event I was in conversation with someone I had never met before. Without any comment from me, she said that, although she had never seen or heard of John before, she took a dislike to the way he came across. Once again, I felt vindicated in my views and joined in the criticism.

Something that happens regularly in our culture is that people complain about others behind their back and nobody tells the individual. It is true that the individual may not respond well to feedback and people are reluctant to share it. Is also likely that they would not share it very effectively as it would be based on fear or anger rather than love.

More recently, I have reflected upon my choice of perception of John. I decided to work at seeing things differently. I imagined a scenario in my mind.

I decided that if I crossed paths with him, I would offer him some of my time to have a conversation. I would resist the temptation to simply discharge my own pain by telling him what I (and others) think of him. Instead, I would tell him the truth with compassion.

It wouldn't need to be too difficult. You see, I have been there myself.

Many years ago I co-facilitated a workshop with a colleague who, on the following day, told me that I had done a good job. Later, however, I got to read the feedback from the participants and discovered, to my horror, that many of them experienced me in a way that was far removed from my good intentions. There were too many negative comments to ignore or dismiss. People thought that I was arrogant, full of myself and not at all listening to them. Very much like the experience some of us had of John!

I have noticed in British culture a reluctance to give people honest feedback. However, it seems that there is far less reluctance to complain about people behind their backs! I have to admit to have indulged in this many times myself. The problem is that no feedback from others means that we have no opportunity to grow and develop. We live in an illusionary bubble in which we think others see us how we would hope they see us.

The best we can do for each other is to tell the truth with compassion. To share our experience so they might have an opportunity to understand the impact they are having (at least on us). The feeling tone inside should be one of love (i.e. wishing them well) rather than wanting to attack them.

At this point I do not know if I will ever have that conversation with John but I know I would willing to do it if the opportunity arises. I fully appreciate that he may not want to hear the information and might simply want to "shoot the messenger."

Should that occur, I may be tempted to feel upset. I am only human.

However, I will strive to not stay stuck there and, instead, look inside myself to find a deeper level of compassion. For John, myself and all of us who react defensively when our insecurities are felt.

That is the only way we can truly help each other.