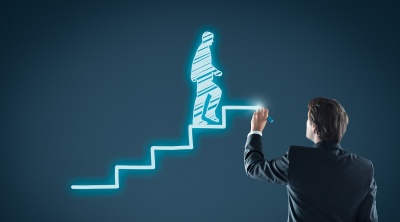 I couldn't do that!

Several years ago, we took our youngest son, Matthew, to view a secondary school that he might go to. When we saw a beautifully drawn picture of a human hand done by one of the art students, Matthew declared, "I couldn't do that" and, feeling inadequate, immediately left the room.

Instead of seeing his possibility, he saw his inability. He completely missed the exciting point that this was a place where he could learn to do things like that!

When marvelling at the skill of another (e.g. in singing, drawing, dancing, writing, or technology), have you ever made the mistake of thinking, "I could never do that"?

The value of a Growth Mindset

Stanford Psychologist Carol Dweck noticed the difference between a "fixed mindset" and a "growth mindset". Now people may vary in their innate abilities and potential, but which of these mindsets they choose can have a huge impact.

People with a fixed mindset assume their capabilities are already set. They therefore place a limit on themselves and will miss opportunities.

Those with a growth mindset recognise that application and experience enables them to achieve more in life. And so they usually do!

Now I have to admit that when it comes to new technology, I can feel like a dinosaur and then avoid learning new stuff. (There is irony in my technophobic moments: almost 40 years ago I was writing computer software before most people had been near a computer!)

Of course I certainly realise that I cannot afford to act like a Luddite when I'm trading under the brand, "New Generation Leaders" and also speaking to audiences about embracing change!

The power of two little words

At a Professional Speaking Convention a few years back, Terry Brock was sharing with us all the latest technology tools available to us as speakers.

Thankfully, Terry is aware of people like me who can feel daunted by it all. To help us, he referred to a scene from the movie, "The Matrix."

In one dramatic scene, Neo asks Trinity if she can fly a helicopter they urgently need to use. Her reply? "Not yet!" She then gets the skill downloaded into her, and away they go.

Now while it might take us more than a few seconds to learn a new skill, it is often less difficult than we think.

Terry kept reminding us of the power of saying "Not yet!" It moves our focus from inability to possibility. It reinforces a growth mindset so that we can (and will) learn new things.

So when someone asks me if I can/do use a particularly useful tool, I will no longer say "No" .... I will remember to say, "Not yet!"