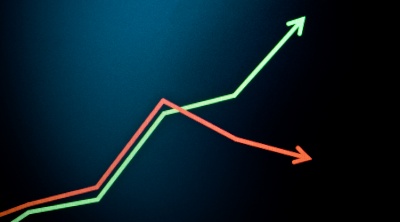 I promise not to use the C word in this article. However, the B word and the F word will appear more than once.

Maybe you were going away somewhere (within your country, or beyond). Perhaps you were wanting to get together with friends or family. Whatever the case, it probably isn't happening now.

Of course, if you'd planned to stay at home, well then you were right on target!

I was supposed to be flying to Australia to be with my mum for her 82nd birthday. I've not seen her since Christmas, 2018.

I've always known that each reunion might be the last, but I was keenly aware of it this time. She had been hospitalised with a serious infection in December. Although she had made a good recovery, I know that next time, she may not.

Now I don't know when, or if, I'll get to see her again. (I'm hoping for this time next year).

This was the title of my most popular talk in the past four years.

The B word had dominated the headlines for the past 4 years. The vote for the United Kingdom to leave the European Union led to passionate debate that polarised the citizens. Would it make or break the nation? Will it actually happen, or not? If so, how, and when?

The U.K. was living through great uncertainty and my business audiences, finding it hard to make practical preparations for an uncertain future, also needed help with the psychology of facing the unknown.

The essence of my message (drawn from timeless wisdom) is that surviving and thriving requires us to be flexible and adaptive. When we face inevitable change with rigid resistance, it hurts more. And we usually come off second best.

After a decisive U.K. election last December broke the painful parliamentary deadlock, there was suddenly more certainty. Whether you liked it or not, Brexit was definitely happening and plans could be made.

But, as the dust was settling, little did we know that a bigger storm was on its way to change everything. For everyone.

The Best Laid Plans of Mice and Men

In late 1785, the Scottish poet, Robert Burns, noticed that he had destroyed the winter nest of a mouse while ploughing a field. It inspired his famous poem, which later inspired the title of John Steinbeck's 1937 novel.

Both of these refer to our fragility and ignorance in the face of forces we don't understand, and how unexpected events make a mockery of our grand plans.

Songwriters have also made reference to this.

"Life is what happens to you while you're busy making other plans," wrote John Lennon in his song, Beautiful Boy, just months before he was shot dead in December 1980.

(Five years ago, my dad referred to these lyrics when he wrote to tell me of his terminal cancer).

Burns' last two verses definitely speak to us in early 2020.

But Mouse, you are not alone,
In proving foresight may be vain:
The best laid schemes of mice and men
Go often askew,
And leave us nothing but grief and pain,
For promised joy!

Still you are blessed, compared with me!
The present only touches you:
But oh! I backward cast my eye,
On prospects dreary!
And forward, though I cannot see,
I guess and fear

Of all the four letter words in our language, it's the F word that represents our biggest challenge. FEAR.

In many of my talks, it is one of the first points I address.

We need to understand this core emotion. It can be valuable but, more often than not, it is toxic for humanity.

Biologically, we are wired for survival. When we perceive a threat, our nervous system gets us ready for fight, flight or freeze. This works well in the animal kingdom.

That's where we are different to animals.

Imagination - A blessing and a curse

Human imagination takes us out of the present: "I backward cast my eye ... and forward, though I cannot see, I guess and fear."

For much of the time, there is a negative voice in our head which is just like 24/7 NEWS. It is constant and it repeatedly and disproportionately reports all the bad, scary things. As for the good stuff, well it ignores most of it.

That negative voice fires up our sympathetic nervous system too often and for too long. It keeps us in a constant state of alert.

It wears us down in the same way you can wear out a car engine by revving it too fast, for too long.

Our mental and physical health is compromised and our weakened immune system makes us more vulnerable to illness. And right now, we know the importance of a strong immune system.

The solution is simple.

Change your relationship with fear. Let it wake you up ... and then let it go.

In other words, take the message and take sensible precautions. Beyond that, remind yourself that worrying is pointless.

Return to the present. Breathe (calmly). Notice and appreciate what you have right now. Practise gratitude. Do useful, practical things.

And if your imagination wants to go into the future, consciously make it positive. Imagine a future that you feel excited about.

If you catch yourself thinking, "That's ridiculous; those good things might never happen" then consider this: we have no hesitation in conjuring up images of disaster even though they may never eventuate.

As Mark Twain put it, "I have experienced many terrible things in my life ... and a few of them even happened!"

If you could choose good feelings or bad feelings, what would you choose?

If you want good feelings, then choose to picture things that make you feel good NOW.

Even if they don't happen in the future, at least you've enjoyed the good feelings TODAY. And, by doing that, you've also given your immune system (and mental health) a boost.

This is simple, but not always easy. We have to keep remembering to choose, otherwise we default to the negative programming we have inherited.

Seek and ye shall find.

Recently, life has taken a turn we didn't see coming a few months ago.

My income has nose-dived. I've had speaking gigs and facilitation work cancelled or postponed. The same with much of my coaching and mentoring work. Whilst this can be done remotely, many clients have just needed to focus all their time and attention on dealing with the immediate chaos in their world.

However, if we stop and look, we can always find something positive in unexpected change.

What have you managed to find so far?

For me, it's being able to enjoy having both adult sons at home at the same time. It's been having long walks and hearing the sound of birds more than traffic. It's having more leisurely family meals. Things we just didn't take time for in the "normal" busy times.

I've also been able to revamp my office / home studio ready for more writing, podcasts and videos. These are things I've wanted to do for years and now I've been gifted the time and space to make them happen.

For a long time, I've wanted to make my three decades of experience in business psychology, coaching/mentoring and speaking more accessible, affordable and available to more people.

I'm now working on something I'm really excited about. If you'd like to be among the first to know more about this, send me a direct message.

So what I am doing this Easter? Probably similar to you. I'll be at home.

I want to make the most of it. I'll be feeling grateful to have a garden to sit in the sunshine. And we'll go for walks (hoping not to be interrogated by the police regarding the necessity of leaving the house!).

How life can change so quickly.

It's scary. And it's exciting.